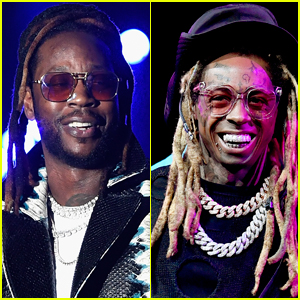 2 Chainz has a new song out!

The 42-year-old rapper reunited with Lil’ Wayne on the new track titled “Money Maker” – and you can listen to it right now!

PHOTOS: Check out the latest pics of 2 Chainz

“Money Maker” is the first song 2 Chainz has released since collabing with Ariana Grande on “Rule the World,” which was released in March 2019.

Earlier this year, 2 Chainz revealed that he will be releasing a sequel to ColleGrove, the album he and Lil’ Wayne released together back in 2016.

Back in June, Lil’ Wayne performed a tribute to Kobe Bryant during the virtual 2020 BET Awards.

You can download 2 Chainz and Lil’ Wayne‘s new song off of iTunes here – listen to “Money Maker” now!

Check out the lyrics for “Money Maker” inside…