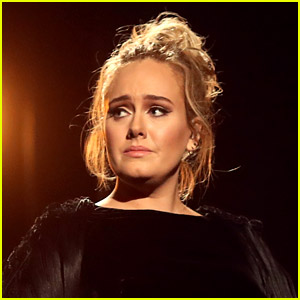 Adele is opening up about the meaning of her new song “Easy on Me“ and if you thought you understood what the song’s about, you might be wrong.

The 33-year-old singer wrote the song for her new album 30 and she explained in a new interview that all of the songs on the upcoming album were written with the same person in mind.

It’s known that the album is about Adele‘s divorce from ex-husband Simon Konecki, but did you know that she wrote the album as a letter to her seven-year-old son Angelo?

“I just felt like I wanted to explain to him, through this record, when he’s in his 20s or 30s, who I am and why I voluntarily chose to dismantle his entire life in the pursuit of my own happiness,” she told British Vogue.

Adele talked about the moment that pushed her into the studio to write the new music.

Adele also opened up about the questions that Angelo asked her after the divorce. He said things like, “‘Why don’t you love my dad anymore?’ And I’d be like, ‘I do love your dad. I’m just not in love.’ I can’t make that make sense to a 9-year-old.”

On “Easy on Me,” Adele sings, “There ain’t no room for things to change / When we are both so deeply stuck in our ways / You can’t deny how hard I have tried / I changed who I was to put you both first / But now I give up.”

“I feel like this album is self-destruction, then self-reflection and then sort of self-redemption,” she told Vogue. “But I feel ready. I really want people to hear my side of the story this time.”

Adele has already broken a record with the new song!