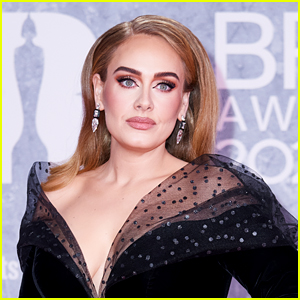 Adele‘s fans are still waiting for her to announce new dates for her Las Vegas residency and it seems a big change might be on the way.

The 33-year-old singer was supposed to kick off the Weekends With Adele residency back in January 2022, but she postponed the full residency at the last minute because of COVID concerns and creative issues.

Now, it’s being reported that there might be a change in venues for the residency.

The residency was originally going to take place at The Colosseum at Caesars Palace, which is the venue that was built for Celine Dion‘s residency years ago.

Now, TMZ reports that Adele is finalizing plans to play her residency at the Zappos Theater at Planet Hollywood. Both of the venues are part of the Caesars Entertainment Group.

So, why is this good news?

The Colosseum only has 4,100 seats while the Zappos Theater has 7,000 seats, so many more people will be able to attend!

It’s being reported that Adele is hoping to kick off the residency in late summer 2022 and run through the end of 2022.

Read what Adele said about the postponement of the residency in a February interview.