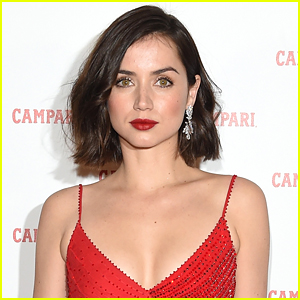 Ana de Armas is opening up about the trickiest thing about portraying Marilyn Monroe in the upcoming biopic, Blonde – her voice.

The 32-year-old Knives Out actress spoke to The Times of London about how it took her almost a year to nail down Marilyn‘s unique accent.

“I tried! It only took me nine months of dialect coaching, and practicing, and some ADR sessions [rerecording dialogue after filming],” Ana shared in the interview. “It was a big torture, so exhausting. My brain was fried.”

She also commented on her experience playing Marilyn in the movie, saying she “had a lot of thoughts as a woman in the industry, and even in general, about how things from the 1930s, 1940s, 1950s are so relatable to nowadays. And how if you don’t have a strong base, with your family and so on, it’s really hard to make it through — really hard.”

Previously, Ana opened up about which other actor was her biggest supporter in getting the role for the movie.