Anderson Cooper Won’t Be Leaving His Son an Inheritance 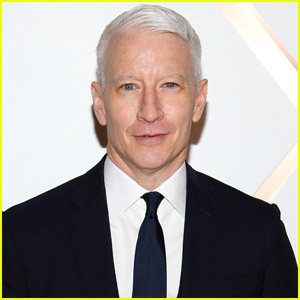 Anderson Cooper is not passing along his wealth.

The 54-year-old CNN anchor confirmed that he will not leave an inheritance for 1-year-old son Wyatt in an interview with Air Mail’s Ashley Baker and Michael Hainey on Saturday’s episode (September 25) of their “Morning Meeting” podcast.

“I don’t know what I’ll have,” he explained.

“I’m not that interested in money, but I don’t intend to have some sort of pot of gold for my son. I’ll go with what my parents said…‘College will be paid for, and then you gotta get on it.’”

He previously revealed that his mother, the late Gloria Vanderbilt, also left no inheritance.

“My mom’s made clear to me that there’s no trust fund, there’s none of that,” he said in an interview years ago. He also revealed something about his mom that’s making headlines.

Find out which other celebrities also aren’t leaving their children any inheritance money.