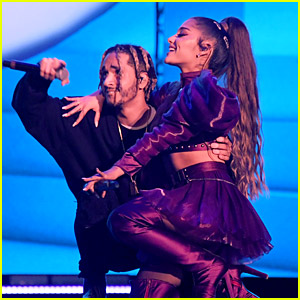 Ariana Grande and Social House music star Mikey Foster were rumored to be dating many months ago and it looks like they’re still going strong as a couple!

The 26-year-old singer was spotted arm-in-arm with Mikey, 32, while walking around Disneyland in California over the weekend.

Ariana and Mikey were on a double date with another couple and they were spotted checking out the attractions in Star Wars: Galaxy’s Edge, according to People. They reportedly also rode the Guardians of the Galaxy ride “several times.”

The dating rumors surrounding Ariana and Mikey started swirling last June when he wrote “love u” in a birthday tribute. Then in September, Ari‘s brother Frankie Grande said that he went on a double date with the couple, but then back-tracked and said the two are not in an official relationship.