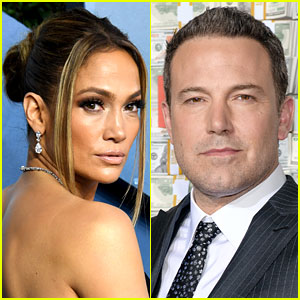 A source is speaking out to give new details on Ben Affleck and Jennifer Lopez‘s possible on-again romance.

The former couple was engaged in the early 2000s and they broke up at the beginning of 2004. It has been over 17 years since the two mega-stars were together, but now that they’re both single, they’re seemingly testing the waters again.

Jen and Ben were spotted together in Miami this weekend after previously being seen together in both Los Angeles and Montana.

The source provided some inside scoop into what Ben is doing to win over Jen.

“Ben has been making the effort to make it work with their schedules. He’s really making a huge effort,” the insider told E! News. “J.Lo thinks Ben has really stepped up and loves this version of him.”

The source added, “It’s comforting to her and she is smitten. They are giddy together and you can tell she’s really happy.”