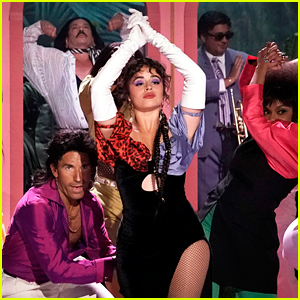 The 24-year-old singer performed her new song “Don’t Go Yet” during an appearance on The Tonight Show Starring Jimmy Fallon on Friday (July 23) in New York City.

This is the first single off Camila‘s upcoming third album Familia and we have all the details she revealed so far about the upcoming album.

After taping the performance for Fallon, Camila was spotted looking so in love during a date night with boyfriend Shawn Mendes in the Big Apple.

Make sure to read what she said in a new interview about Shawn and his “handsomeness,” as well as how it can make her feel nervous sometimes.

Watch the performance below and also check out the “Don’t Go Yet” music video!