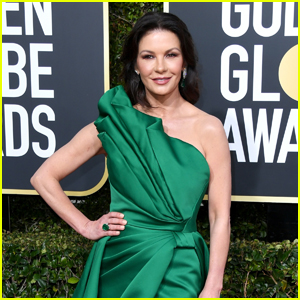 Catherine Zeta Jones is set to star in the upcoming season of Prodigal Son!

Fox Entertainment President Michael Thorn said in a statement to TV Line, “An extraordinary talent, Catherine Zeta-Jones is the perfect foil for the brilliant Michael Sheen. I can’t wait to see these two greats go head-to-head in a season that is bound to raise the bar set by an outstanding Season 1.”

Prodigal Son was picked up by Fox in 2019 after only two episodes aired. The series stars Tom Payne as Tom Bright, who has unique insight into the mind of serial killers because his father, played by Michael Sheen, is one. The cast also includes Bellamy Young, Halston Sage, Lou Diamond Phillips, Aurora Perrineau, and Frank Harts.

A few months ago, Catherine announced she would be taking on a new “passion project” – click here to learn more!