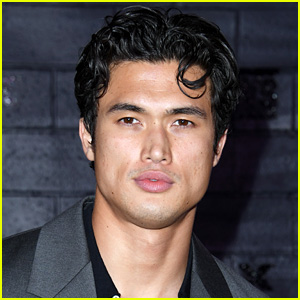 Charles Melton is opening up in a column he penned for Variety following the hate crimes that occurred earlier this week in Atlanta, which claimed the lives of many Asian women.

The Riverdale star vowed that he will “no longer remain silent” about his experiences as a Korean American.

“With the continued rise in horrific hate crimes towards my community, I have been in deep introspection by recalling my own experiences, unpacking my past, and trying to understand it all,” Charles continued. “Through it, I’ve realized that I never stood up for my Korean heritage. I’ve willfully ignored the racism and microaggressions directed towards me and my people. I failed to defend my heritage in fear of retribution. And now I can’t help but wonder what I did to contribute to the violence against Asian Americans.”

He opened up about his mixed race and struggled with it growing up.

“I’ve often been told that I’m not Asian enough. Not white enough,” he shared. “And I question whether I am enough at all. I am conflicted by my racial identities and the trauma that comes with that.”

He also opened up about his mother, who is Korean, and what she has had to deal with in not just the last year, but most of her life.

“I remember people talking down to my mother as if she didn’t belong. It demeaned her and in turn triggered something in me that I’ve long buried deep inside. A truth that at my young age, I didn’t know how to protect her, and it broke my heart.”

Charles ended his column by promising to use his voice through “media and entertainment as advocacy.”

“I want to tell inclusive, representative stories. I want to reconcile my identity and come to terms with who I am, despite the pain. I want to uplift the AAPI experience through storytelling, caring, understanding, and kindness that I can share with the world,” he wrote.