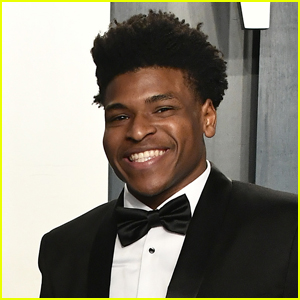 According to documents obtained by Entertainment Tonight, the 21-year-old pleaded not guilty to a total of seven charges, which include four counts of sexual exploitation of children, one count of receiving child pornography, one count of traveling with the intent to engage in illicit sexual contact with a minor, and one count of enticement.

Jerry did not appear in court in-person. He faces a minimum sentence of 15 years if convicted for each of the sexual exploitation charges and a minimum of 10 years for the enticement charge, ET adds.

The Netflix star has remained behind bars since September, when he was initially arrested on federal charges for producing child pornography. Entertainment Weekly writes that according to a criminal complaint filed in the U.S. District Court in Chicago, Jerry allegedly “contacted the underage boy on a social media application and repeatedly enticed him to produce sexually explicit videos and photographs of himself”. The victim informed Jerry during their first encounter online that he was 13 years old.

Jerry is also being sued by two underage twin brothers for allegedly demanding nude photographs from them and sexually abusing them. The suit, obtained by People days before his arrest, states that the plaintiffs were competitive cheerleaders who met Jerry in 2018. They allege that he used his standing in the cheerleading community to groom the two for abuse.

In September, a representative for Jerry stated: “We categorically dispute the claims made against Jerry Harris, which are alleged to have occurred when he was a teenager. We are confident that when the investigation is completed the true facts will be revealed.” Jerry’s former teammate Gabi Butler issued a statement about the situation on her Instagram. His coach Monica Aldama
also released a statement following his arrest.