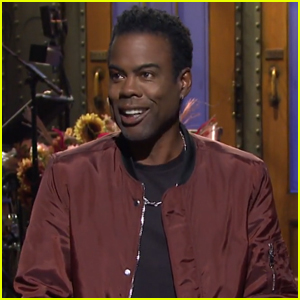 Chris Rock is kicking off season 46 of Saturday Night Live!

The 55-year-old actor/comedian hosted the season premiere on Saturday (October 3).

Chris opened his monologue by addressing the “elephant in the room” – Donald Trump testing positive for coronavirus.

“My heart goes out to COVID,” Chris joked.

Later on, Chris talked about politics, saying it’s time for a “whole new system” of government.

“I think we need to renegotiate our relationship to the government,” Chris said. “Does it work? I think Joe Biden should be the last president ever. We need a whole new system, OK? … What job do you have for four years, no matter what?”

Chris then talked about the only credentials it takes for someone to run for president – they need to be 35-years-old an born in the United States.