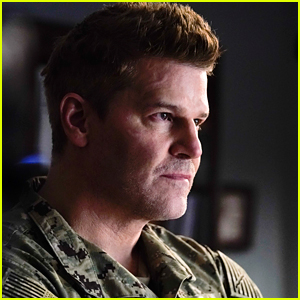 It was recently announced that CBS’ SEAL Team would be making the move from the network to Paramount+, and star David Boreanaz is opening up about what it means for the show.

Speaking to Entertainment Tonight following the season four finale, the 52-year-old actor revealed that the move will allow the show to “dive deeper into these places in the storytelling that’s going to be better for our type of show.”

David went on, revealing that while “network television allowed us to do a lot of great things, especially CBS has allowed us to really push the button,” now, the series will be given the chance to rework it and “be able to really get into some great storytelling.”

“You get 18 more minutes of screen time. If you took our show today, this is a network show you would probably say really fits better on cable or streaming. I would tend to agree with that just because of how we’ve told these stories. You always walk away saying, ‘I wish we could show that or I wish we could do that.’ Well, now that wish is coming true, and I think it’ll benefit us.”

SEAL Team, Clarice and one other show are now moving to the streaming network.

David also shared that the move will not only allow the writers to dive deeper into the stories of the military, but also “to open it up even more.”

“I’m just excited though with that pivot and being able to go through those challenges of being able get even more into these stories and be even more honest with them,” he says. “The emotional component of the season finale, you see Jason break down after Metal’s death, we’ll be able to get even deeper into that. That’s exciting for me, especially as an actor to continue on with that character.”

Find out all the details about SEAL Team‘s move here…