Details About Meghan Markle & Prince Harry’s Birth Plan for Lilibet Have Been Revealed! 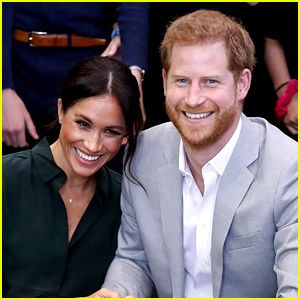 A source is speaking out to reveal some new details about Prince Harry and Meghan Markle‘s birth plan for their newborn daughter Lilibet, who will be known as Lili.

It was previously revealed that Meghan gave birth to the baby girl on Friday (June 4) at 11:40 a.m. “in the trusted care of the doctors and staff at Santa Barbara Cottage Hospital in Santa Barbara, Calif.”

Lili‘s name has a very special meaning and you probably already know it if you’re familiar with Queen Elizabeth‘s history.

Click inside to learn all about the birth plan…

The hospital where Meghan gave birth is actually very close to the couple’s home in California.

“They looked at several hospitals before they settled on the Santa Barbara Cottage Hospital. Meghan loves that it’s female-founded,” a source told People.

“Security and privacy were also priorities,” the source added. “They had a big security team that the hospital needed to accommodate. Meghan and Harry are both very thankful for how smoothly things went. They could enjoy the birth in peace.”

The outlet also revealed that Meghan‘s care at the hospital was overseen by Dr. Melissa Drake and there was also remote support from the U.K. doctor who oversaw her birth with Archie.

Find out if Lilibet will ever be given the title of princess.