‘Diana’ Musical Returned to Broadway This Week With a ‘Wild’ First Night! 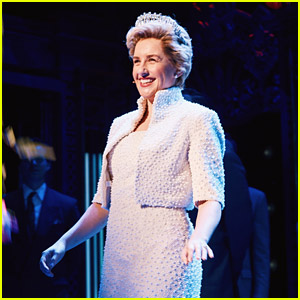 The new musical Diana is back on Broadway and the show had a “wild” first night back, according to a new report!

The show follows the life of the late Princess Diana and a filmed version of the musical debuted last month on Netflix, ahead of the show’s official opening on Broadway.

Diana: The Musical played a handful of preview performances in March 2020 before all of the shows on Broadway were shut down due to the pandemic. The musical returned to the Great White Way on Tuesday night (November 2) ahead of an official opening on November 17.

Click inside to read about why it was a “wild” night…

The New York Post reports that it was a “wild” night at the theater during the first performance back.

“Aside from the usual supporters, friends and family who got comp tickets, most of this paying crowd wasn’t the typical Broadway set. One was dressed up as Queen Elizabeth II (well, let’s hope she was) in a frumpy light pink coat. The rest would probably get kicked out of the Metropolitan Opera for being too rowdy at a Wagner,” the outlet reported.

Audience members in the balcony were reportedly “whooping it up” every time Jeanna de Waal, who plays Diana, changed into a new costume.