Drake & Michael B. Jordan Sit Courtside at a Varsity Basketball Game in L.A. 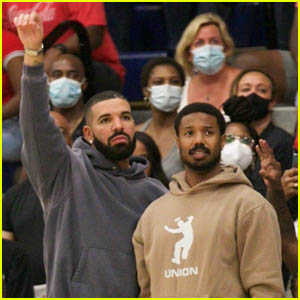 Drake and Michael B. Jordan are showing their support!

The pair were very animated throughout the game and were seen standing up to cheer on the Sierra Canyon team as they played their final game of the season.

Drake and Michael were photographed grabbing dinner together a few weeks ago and you can check out the pics here.

The Scorpion rapper also recently gave an update about when fans can expect his upcoming album, Certified Lover Boy…