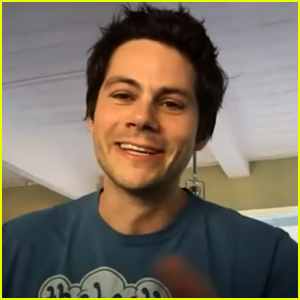 While most actors take a momento or two from a set after a series or movie wraps, it’s usually a script, or a clothing item. However, Dylan O’Brien took something else when Teen Wolf ended.

During the virtual reunion this week, the cast shared the things that they took from the set: Shelley Hennig took her fangs and Linden Ashby has his sheriff uniform.

But Dylan, who played Stiles on the popular MTV show, revealed that he actually has Stiles’ Jeep!

“I have the Jeep,” he shared. “It was important for me to take a lot of things. Everyone who knows me closely knows that my heart lies and dies with Teen Wolf. There was no way I was not taking that Jeep.”

Check out the full reunion below!

If you missed it, this other popular series just had a reunion, too!