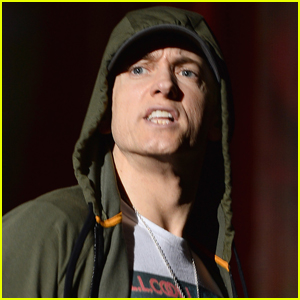 Eminem is calling out the haters.

Recently, Generation Z users on TikTok have been trying to cancel the 48-year-old rapper over some of his past controversial lyrics, which seemed to glorify domestic violence and homophobia.

Now, Eminem is addressing the situation in his new rap “Tone Deaf.”

“I won’t stop even when my hair turns grey (I’m tone-deaf) / ‘Cause they won’t stop until they cancel me,” Eminem raps.

In his new song “Zeus,” Eminem apologized to this star for the past comments he made about them.

Check out the lyrics inside…