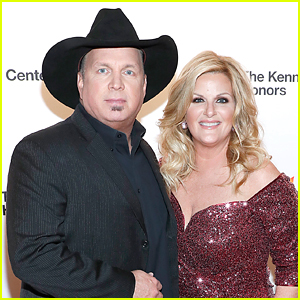 Garth Brooks has revealed that wife Trisha Yearwood has tested positive for coronavirus.

The country couple’s team shared a note from the duo on Facebook, revealing the news.

The note shared that Garth and Trisha have been “quarantining at home on the heels of a recent positive Covid test by a member of their team” and that while Trisha tested positive, Garth‘s own test came back negative.

“The Queen and I have now tested twice,” Garth said. “Officially, she’s diagnosed as ‘on her way out of the tunnel’ now, though, which I’m extremely thankful for.”

Severe winter weather in Tennessee prevented the couple from getting tested until almost a week after their initial exposure; once they did, they continued to quarantine together.

He continued, “Anyone who knows me knows my world begins and ends with Miss Yearwood, so she and I will ride through this together, and anyone who knows her knows she’s a fighter and she’s been doing everything right, so I know we’ll walk out the other side of this thing together.”

The couple’s team also shared that Trisha is doing okay and is dealing with symptoms of the contagious virus.

“She’s tough. She’s stronger than me,” Garth added. “If anyone asks, that’s [say a prayer] what you can do for her. That’s what I’m doing. Living with her, I sometimes take it for granted she’s one of the greatest voices in all of music, so the possible long-term effects on her concern me as her husband and as a fan.”

Last year, Garth and Trisha had to go into quarantine after exposure from another person.

The duo were also at the forefront of virtual entertainment and brought mini concerts to their fans from their home studio.