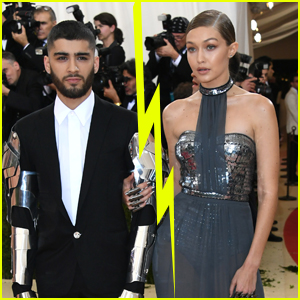 Gigi Hadid and Zayn Malik are reportedly no longer together.

The 26-year-old model and the 28-year-old singer have split, People reported on Thursday (October 28).

The news comes amid a reported allegation from Gigi‘s mom Yolanda Hadid that Zayn struck her, to which Zayn has responded, as well as Gigi.

“They are not together right now. They are both good parents though,” a family friend told the outlet.

“They co-parent. Yolanda is of course very protective of Gigi. She wants the best for her daughter and grandchild.”

Earlier in the day, Zayn released a statement following a report that Yolanda was considering filing a police report against him for allegedly striking her in an altercation.

The couple share a 1-year-old baby girl, Khai. They first sparked romance rumors back in November in 2015 before debuting as a couple, and briefly split in March of 2018 after two years of dating.

They got back together by January of 2020, and confirmed that they were expecting their first child together in April of 2020.

All of these couples have also split in 2021.