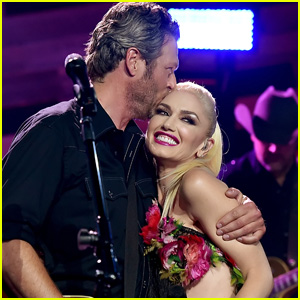 Gwen Stefani and Blake Shelton may have already gotten married!

New photos obtained by the New York Post suggest that the couple may have tied the knot sometime over the weekend.

PHOTOS: Check out the latest pics of Gwen Stefani

Over the weekend, Gwen was seen out with Blake and her 7-year-old son Apollo wearing what appeared to be a diamond wedding band alongside her engagement ring.

A day before, she posted a photo of herself on her Instagram with the caption: “SHE’S GETTING MARRIIIEEEED.”

Gwen and Blake had just returned from a trip to Oklahoma, where Blake has a big ranch.

Additionally, a source previously said that Blake built a chapel on the grounds of the ranch, which they planned to use for their wedding ceremony.

Gwen also revealed that her closest friends and family threw her a bridal shower just before the weekend.