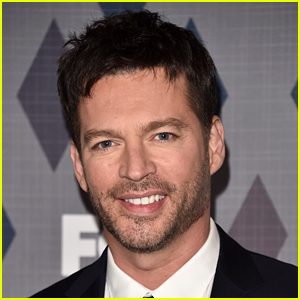 Harry Connick, Jr. has landed one of the leading roles in Annie Live!, the upcoming musical coming to NBC!

The 53-year-old actor and entertainer is set to star as Oliver “Daddy” Warbucks in the musical. Daddy Warbucks is the billionaire who opens his home to orphan Annie.

Click inside to see Harry’s statement, plus what he thinks of his new co-star…

“It’s such a classic show and it’s a show that I’m so familiar with, just from seeing it a million times,” Harry told People. “And it’s one of those things where you watch it and enjoy it and never really imagine yourself a part of it, so when I was asked to play Daddy Warbucks it was kind of surreal because that’s such an iconic role.”

Taraji P. Henson is set to portray Miss Hannigan, the antagonist of the show who runs the orphanage. Carol Burnett played her in the film version from the 1980s.

“I absolutely love her,” Harry said of Taraji. “She’s just one of those super, super talented – multi-talented – people that are very rare and I’m a huge fan. I’m really excited to not only be around her and get to work with her, but just to kind of watch her work and see what makes that big brain that she has tick. It’s going to be be a really fun experience for me.”