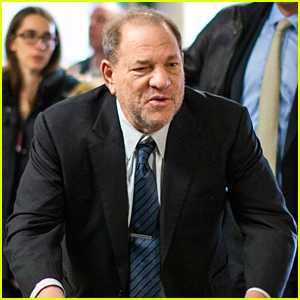 Several survivors of Weinstein‘s abuse got up and read statements during the sentencing hearings.

“It scarred me deeply, mentally and emotionally,” Miriam Haley said of her 2006 attack. “What he did not only stripped me of my dignity as a human being and a woman, but it crushed my confidence.”

“I wish I had been able to fight him,” another accuser, Jessica Mann, said. “I want to remind you I told Harvey ‘no’…I thought I would be able to assert my no and reserve the right to my autonomy.”

Weinstein himself gave a statement and said, “I am totally confused. I think men are confused about all of this…this feeling of thousands of men and women who are losing due process, I’m worried about this country.”

“This is not the right atmosphere in the United States of America,” he added.

Last month, Weinstein was found guilty of rape and criminal sexual acts. He was found not guilty of sexual predatory assault. He faced a maximum of 25 years.