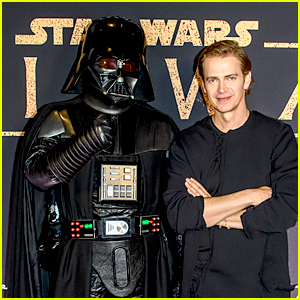 Hayden Christensen hangs out with Darth Vader at the Obi-Wan Kenobi screening event earlier this week in Toronto, Ontario.

The 41-year-old actor joined director Deborah Chow at the event for a Q&A panel ahead of the screening, where they chatted about the show before viewing all six episodes of the limited Disney+ series.

In another interview, Hayden revealed that he’d be up to doing another season of the show.

“Well, it was definitely conceived as a standalone story,” he said, speaking to RadioTimes. “But I would love to continue with this character. You know, I think there’s certainly more there to explore and I would be so excited to get to do so.”

Just recently, Hayden spoke out about the racism that his co-star Moses Ingram has been facing since the debut of the Star Wars series.