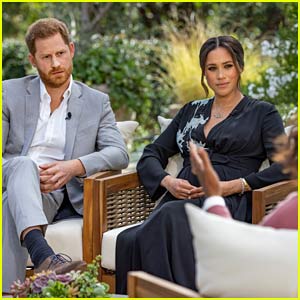 The highly anticipated Oprah with Meghan and Harry special will be airing on CBS this weekend and the network paid a big amount of money to feature the interview.

The two-hour special airs on Sunday night (March 7) at 8/7c and is expected to be a huge television event with millions of viewers.

Meghan Markle and Prince Harry‘s reps have confirmed that they did not receive compensation for participating in the special, which means CBS’ money is going to Oprah Winfrey‘s production company Harpo Productions.

The Wall Street Journal is reporting that CBS paid between $7 million and $9 million for the rights to the project. The network also has the rights to license the special in international markets and TheWrap has reported that UK channel ITV paid $1.4 million to air the interview.

30-second commercial breaks are being sold for $325,000 by CBS, according to ad buyers.