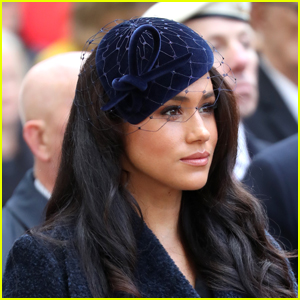 Meghan Markle is speaking out about whether she fears repercussions from the royal family following her interview with Oprah Winfrey.

During the explosive interview, Meghan revealed that someone from Buckingham Palace expressed concern over the color of Archie‘s skin and shared that she felt “silenced” by the royal family.

When Oprah asked if she was afraid of potential backlash, Meghan responded, “I’m not going to live my life in fear.”

“I don’t know how they could expect that after all of this time we would still just be silent if there is an active role that the firm is playing in perpetuating falsehoods about us.”

“If that comes with risk of losing things, there is a lot that has been lost already,” Meghan added. “I’ve lost my father, I’ve lost a baby. I nearly lost my name… There’s a loss of identity.”

Meghan also shared that she and Prince Harry were married in a private ceremony three days before their televised wedding at Windsor Castle.