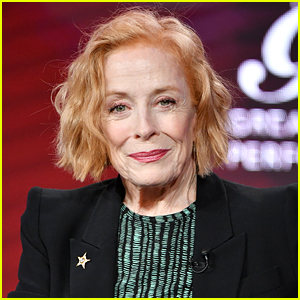 Holland Taylor is opening up about one of her most loved films, Legally Blonde, in a brand new interview.

Speaking with Vulture, the 77-year-old actress, who played Professor Stromwell in the movie, revealed her most favorite scene.

“It was very well structured. Her whole demeanor at the beginning where she’s running the class — it’s wonderful to play as a woman, as an actress,” Holland says about the first scene she appears in, as Elle attends her first class at Harvard University. “I’ve been very lucky and for whatever reason, I get to play a lot of professional women. And professional women have their own world, their own identity, and their own character based on their profession.”

She continued, “The whole issue of what roles women play and what roles men play — women get to play the wife, the mother, the sister, the daughter. It’s always in relationship to the man. And it’s unconscious. That’s our unconscious image of the world because those are women’s places. So I’ve had a couple of best friend roles. But to have a profession allows you to play a role that is governed, that is shaped, by the profession. And to be a professional person in the legal field gives you an enormous sense of power and sway, because you know better than anybody.”

Holland goes on, saying that Professor Stromwell running “that classroom and to have all of the things one does with the student to teach them, and also to scare them, and to give them an unsolvable problem. It was very, very exciting.”

She also talked about working with Reese Witherspoon on the project, calling her remarkable, among other things.

“It’s a very clever idea, and a really charming entry into the area of women’s rights and the perception of women in our society,” she shared of the film. “And Reese is just remarkable.”

Holland adds, “She’s one of our marvelous actresses who has brought a number of roles that will be indelible culturally, and this is one of them. It was just a classic case of playing a professional person who had real resonance with the audience.”

You can watch Holland‘s favorite scene from the film below:

If you didn’t see, check out what the status of Legally Blonde 3 is at…