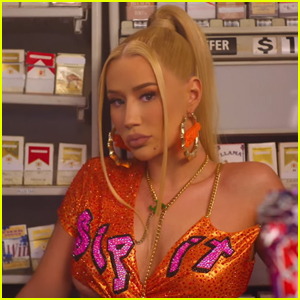 Iggy Azalea has not one, but two new songs out!

At night on Friday (April 2), the 30-year-old Australian rapper released her new songs “Brazil” and “Sip It,” which features Tyga.

PHOTOS: Check out the latest pics of Iggy Azalea

Along with the new songs, Iggy also released the sultry video for “Sip It,” which features a lot of twerking.

If you didn’t know, this isn’t the first time Iggy and Tyga have collaborated. In 2018, they teamed up on track “Kream.”

Just a few months ago, Iggy shared a ton of never-before-seen photos of her adorable baby boy Onyx.

You can download Iggy Azalea‘s new songs off of iTunes here – listen to “Sip It” and “Brazil” now!

Check out the lyrics inside…

Read the “Sip It” lyrics below:

Read “Sip It” by Iggy Azalea & Tyga on Genius

Read the “Brazil” lyrics below: