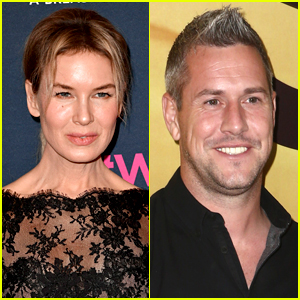 Renée Zellweger and Ant Anstead have been romantically linked since just last week and now, a source is speaking out about their romance.

“Sometimes two people just meet and click, and the timing is right,” an insider told People. “Renée is creative…and often goes for guys who think out of the box. She’s smart, thoughtful and always looking to expand horizons and nurture those around her.”

“Both of them are private and dislike public scrutiny, so they have that in common. He’s a creative guy with lots of interests, and she likes to write and produce, so they have things to talk about when together.”

If you didn’t see the news, Ant‘s divorce from his wife Christina Haack was just finalized days ago. They share a one-year-old son, and he also has two children from a previous relationship.