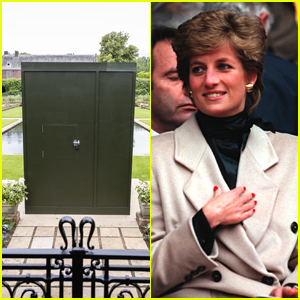 The late Princess Diana will be honored today, July 1, on what would have been her 60th birthday, with a commemorative statue in the newly redesigned Sunken Garden at Kensington Palace.

The rumored guest list for the small event was revealed earlier this week and now, some of the guests have started arriving for the commemoration.

According to the Daily Mail’s royal reporter Rebecca English, the late Princess’ brother and sisters have all arrived to Kensington Palace.

You can see a video of her siblings, Lady Sarah McCorquodale, Lady Jane Fellowes, and Charles Spencer, 9th Earl Spencer, in the video. Keep scrolling to see who else has arrived.

Diana, Princess of Wales’s brother and sisters have arrived at Kensington Palace for the unveiling of her statue on what would have been her 60th birthday. They turned up on foot, just walking through the gathered crowds and stopped for a moment to look at the tributes #Diana60 pic.twitter.com/tfSyRrycd7

Also expected in attendance are Prince William, the statue’s designer Pip Morrison and sculpter Ian Rank-Broadley, as well as statue committee members. Find out why Kate Middleton is reportedly not in attendance…

You can see the statue before the unveiling in the gallery of this post.