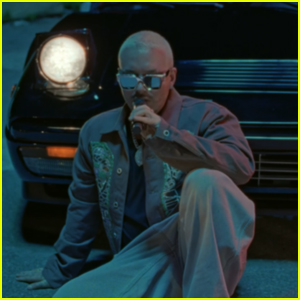 J Balvin is back with another video!

The 36-year-old superstar released the official live performance of “Fantasías” on Tuesday (September 21) in collaboration with Vevo, off of his new album Jose.

The Vevo’s Official Live Performances series is a creative collaboration with artists and their teams, resulting in exclusive performances. “Fantasías” follows his previously released “Suerte” and “Que Locura” performances.

“It was an amazing experience working with the Vevo team to bring my new album to life visually with the performance and I’m grateful for their continued support following the Colores campaign we did together. This album is very important to me. I felt like I just wanted to make songs that I would want to hear as a music fan, as Jose, not J Balvin,” he said.

The clip was shot in New York City, and features the star in the center of four Ferraris as the camera reveals the skyline. Watch the performance!

He also just performed on The Today Show, and recently turned heads at the 2021 Met Gala – see his look!