J.K. Rowling Says She Gets ‘Hundreds’ of Threats From Trans Activists 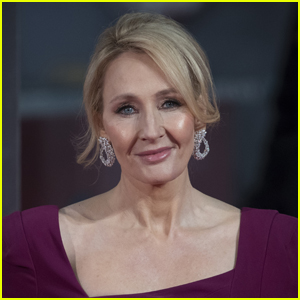 The Harry Potter author revealed on Monday (July 19) that she is facing “hundreds” of trans activists who have threatened her for her controversial opinions about the transgender community.

PHOTOS: Check out the latest pics of

“To be fair, when you can’t get a woman sacked, arrested or dropped by her publisher, and cancelling her only made her book sales go up, there’s really only one place to go,” she said in response to Twitter user @queerqegaard, who wrote to her: “I wish you a very nice pipebomb in mailbox.”

She then wrote that “hundreds of trans activists” have threatened to “beat, rape, assassinate and bomb” her, adding sarcastically that the movement “poses no risk to women whatsoever.”

“Got to get back to my chapter now, but to all the people sending me beautiful, kind, funny and supportive messages, thank you so much,” she concluded.

Many Harry Potter stars have since denounced her views.

Yes, but now hundreds of trans activists have threatened to beat, rape, assassinate and bomb me I’ve realised that this movement poses no risk to women whatsoever. pic.twitter.com/qb1RrCFqy0