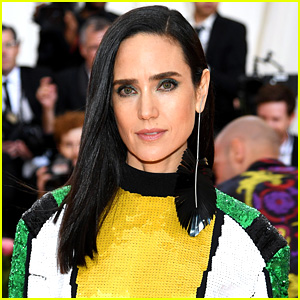 Jennifer Connelly is not a big fan of airplanes.

During a virtual appearance on The Graham Norton Show (via) this week, the 50-year-old actress reunited with Tom Cruise and Miles Teller to promote the upcoming movie and revealed something that not even Tom knew – she had a crippling fear of flying.

“I was actually afraid to tell Tom at the time that I had only just recently talked myself out of a crippling fear of flying,” she shared. “When I signed on for the movie there was no flying for my character.”

However, it didn’t stay that way and Jennifer explained that she suddenly found herself “taxiing on a runway in a tiny plane with Tom and he said, ‘Have you been on a plane like this before? Have you ever done any aerobatic flying before?’”

“I started to get very nervous when he said, ‘It will be very graceful and very elegant,’ and that’s how I found out I would be up in the P51 with Tom flying it!”

Jennifer will play the movie’s female lead, who is described as a single mother who runs a local bar near the Navy base.

Top Gun: Maverick will be out on November 19.