Jennifer Garner’s Newest Photo Had Fans Thinking She Was Announcing a Pregnancy, But She’s Not Pregnant! 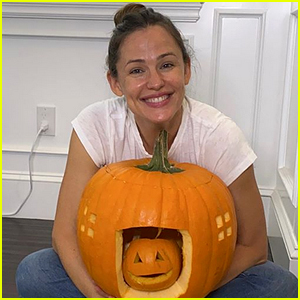 Jennifer Garner posted a photo that had dozens and dozens of fans thinking she was announcing a pregnancy!

However, the 48-year-old actress quickly shut down all of those rumors.

The photo features Jennifer holding a big pumpkin, covering her body. The big pumpkin features a smaller pumpkin within, making it appear as if there could be a baby on board.

PHOTOS: Check out the latest pics of Jennifer Garner