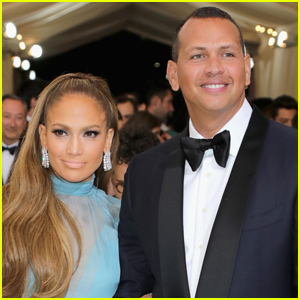 Jennifer Lopez and Alex Rodriguez are together again.

The 45-year-old retired Yankees player flew to the Dominican Republic to reunite with the 51-year-old entertainer amid their relationship drama.

In photos published by The Daily Mail on Wednesday (March 17), Jennifer can be seen lounging by a pool in a white robe while she is greeted by Alex.

He then leans down to give her a big kiss and a hug. The two are then seen checking out an iPad while enjoying lunch.

Jennifer and Alex‘s reunion comes after their drama-filled week, when it was reported that they had split up and ended their engagement.

They then released a joint statement saying that they are still together and are “working through some things.”

There’s “one major reason” why Jennifer and Alex are trying to patch things up. Find out what it is here.

Amid all the drama, Alex flew from Florida to the Dominican Republic to reunite with Jennifer as she films her new movie Shotgun Wedding.