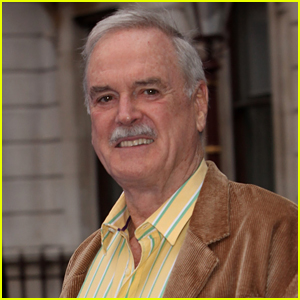 Famed actor John Cleese, who appeared in the first two Harry Potter movies as Nearly Headless Nick, among many other films over the years, is being called out for transphobic tweets.

It started with a tweet back in September where he supported JK Rowling, the author of the Harry Potter books, who has made transphobic statements in the past.

Now, John has made some insensitive statements and is being called out for transphobic language on Twitter.

“Deep down, I want to be a Cambodian police woman. Is that allowed, or am I being unrealistic?” John said in one tweet when asked why he cannot “just let people be who they want to be.” John also admitted that he’s “not that interested in trans folks.”

See the entire series of tweets embedded below…

What would you like me to tell, Mr Joughin ? https://t.co/EHAb2oCPBV

Yes, and torturing small animals and setting fire to babies

Deep down, I want to be a Cambodian police woman

Is that allowed, or am I being unrealistic ? https://t.co/oGPwEWJM9a

That depends who I identify with today… https://t.co/TXKLbPlPyR

I'm afraid I'm not that interested in trans folks

I just hope they're happy and that people treat them kindly

Right now I'm more focussed on threats to democracy in America, the rampant corruption in the UK, the appalling British Press, the revelations about police brutality… https://t.co/y6l33FBQNL

…Covid19, the incompetence of the British government, China's complete disregard for the necessity to abandon fossil fuels, the developments in France between Macron and Islamicists, diabetes, and the recent deaths of several of my close friends

Does than sound hard-hearted ?

Oh I do sympathy and support all the time, for most of the Third world. Except for Glasgow, of course

I exclude all wokes, of course. I hope they fry in their own sanctimoniousness and narcissistic posturing

Until they get a sense of perspective, that is… https://t.co/yfzfWDx7Az

Yes, my understanding is superficial

One thing: When a woman who was once a man is competing against women who have always been women, I think she has an advantage, because she inherited a man's body, which is usually bigger and stronger than a woman's

Does that prove phobia? https://t.co/8x2H9zvstd

If you missed it, a few years ago, John publicly insulted a superstar (right to her face) on television.