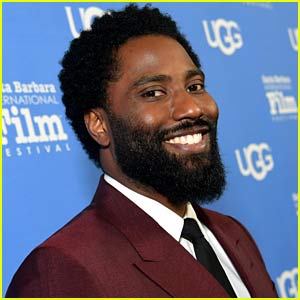 John David Washington is opening up about possibly joining the Marvel Cinematic Universe one day!

The 36-year-old actor stars in the new movie Tenet and he chatted with Nerd Reactor while promoting the film.

“I mean, there’s so many,” he said when asked about which superhero he’d want to play. “I think it depends who’s asking, what director wants to do it with me. We’ll see. I want to stay open. I don’t want to box myself in. Maybe there’s characters that haven’t even been mentioned yet or developed or introduced in any of the films yet. I’d like to see what they come up with if they ever ask,” John David said.

JDW was then asked if Kevin Feige offered him the role of Reed Richards from Fantastic Four, what would he say?

John David recently revealed something surprising about his life at home with his very famous father.