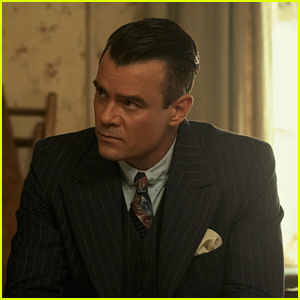 The streaming service announced the news earlier this month, much to the shock of fans, and the cast.

Speaking to CinemaBlend, Josh admitted he was very disappointed in the decision not to move forward with a second season.

“You know, it’s just disappointing, I’m not gonna lie,” he shared. “We all worked very hard on that and promoted it very hard and thought we made a really good show, and I think [with] the audience, it performs so well and continues to do really well.”

Josh then added that the all of the cast “were a little bit surprised by it not getting renewed.”

“For me, I never saw it going more than two or three seasons because that would have fulfilled whatever graphic novels were written for it. And that second season was going to be so much fun because it had the makings of this modern tragedy where some pretty dark stuff happens to The Utopian,” he added. “And I was excited creatively to do that.”

Josh continued, mentioning that he’s “not sure the reasoning for it” but he’s “grateful for the opportunity to have done it, and I think we all did a really good job on it.”

“This is the way of the business, you take your lumps. I don’t know if we’re ever going to see him [The Utopian] again. Though it sure would have been fun to do that second season. I think they should do a feature, just encapsulating what would have happened in the second season. Not do the full season, but just a feature. . . . I don’t know if they’ll do it or not, but all those costumes are ready to go. And they weren’t cheap, I’ll tell you that much.”

Following the news that the show had been cancelled, Josh reminded Netflix what they were depriving fans of.