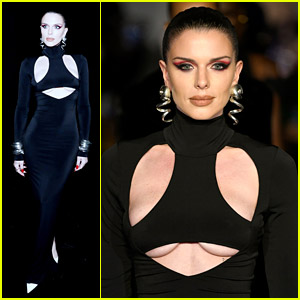 Julia Fox is keeping herself in the spotlight following her split from Kanye West.

Julia was on the runway just hours after confirming that she had broken up with Kanye after dating for the past six weeks. Her rep released a statement to confirm the split.

In a new profile for The Cut, which went live right before the split was announced, Julia talked about how she loves being “niche famous.”

“I never wanted to be super-megafamous. It’s a life-ender for some celebrities. They become reclusive and paranoid and hide. I refuse to not live authentically,” she said.