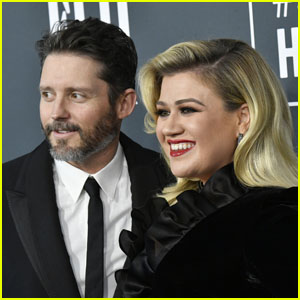 Kelly Clarkson is hitting back.

She is suing for allegedly violating the California Labor Code by “procuring, offering, promising, or attempting to procure employment or engagements” without being properly licensed.

According to the paperwork, Starstruck allegedly violated the Talent Agencies Act numerous times and ignored the legal “licensing requirements.” Therefore, all agreements should be “declared void and unenforceable,” including the verbal agreement requiring 15 percent commission on her gross earnings.

The management company filed a claim in Los Angeles Superior Court in September, claiming it’s owed $1.4 million in unpaid commissions, and that Kelly has not paid the full commission this year for her work on The Voice and The Kelly Clarkson Show, and argued that she breached her verbal contract, negotiated by her attorney and business manager in 2007.

However, Starstruck attorney Bryan Freedman said to People that the countersuit “conveniently ignores the fact that Kelly had her own licensed talent agency [Creative Artists Agency] at all times.”

“While Starstruck Management Group provided talent management services on her behalf, it did so at all times that CAA was her agency of record. It is unfortunate that Kelly is again attempting to avoid paying commissions that are due and owing to Starstruck to try and achieve some perceived advantage in her ongoing custody and divorce proceedings.”

At the same time, Kelly is going through a divorce with Narvel‘s son, Brandon. Here’s what she’s said of their relationship over the years.