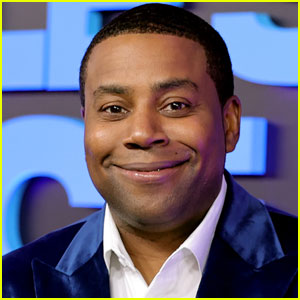 Kenan Thompson is addressing the end of Saturday Night Live.

During an appearance on Comedy Central’s Hell of a Week, the 44-year-old actor – who is SNL‘s longest-running cast member, shared his thoughts on when he thinks the show should end, and it’s soon.

While chatting with host Charlamagne tha God, Kenan addressed the rumor that SNL is ending after the 50th season, which would premiere in fall of 2024 and wrap up in the spring of 2025.

That rumor first started in December 2021 when SNL creator Lorne Michaels, 77, said that he’s considering retiring and leaving the comedy variety show behind after the 50th season.

“Is that the rumor? All right, well, I need to start planning,” Kenan said. “There could be a lot of validity to that rumor, because 50 is a good number to stop at… That’s an incredible package. He will be, probably, close to 80-years-old at that point, and you know, he’s the one who’s had his touch on the whole thing.”

While discussing what the show would be like if Lorne leaves, Kenan said, “If somebody tries to come into [Michaels’] shoes,” it would be a “good opportunity for NBC to save money…They might slash the budget and then at that point, you can’t really do the same kind of show.”

“So that’s unfair to watch it just really go down kind of in flames for real because of those restrictions,” Kenan continued. “Capping it at 50 might not be a bad idea.”

If you didn’t know, there are tons of stars that have been banned from appearing on SNL.

Season 48 of Saturday Night Live will premiere this fall on NBC.