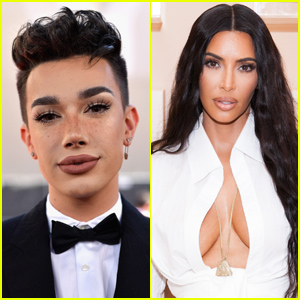 Kim Kardashian is too quick for James Charles!

The 21-year-old influencer participated in a viral “I’m Busy” trend of calling friends on FaceTime and immediately asking to call back, which he documented in a video on social media on Wednesday (February 3).

PHOTOS: Check out the latest pics of James Charles

Kim was among those he contacted, but she was the only one to shoot him down before he could even ask the question.

“What TikTok scam are you doing right now?” she interrupted him.

Her mom, Kris Jenner was also one of the people James called, who seemed confused. “You’re busy?” she said.

Lil Nax X, Bebe Rexha, JoJo Siwa and Iggy Azalea were among the other stars who were on the receiving end of the call from James.