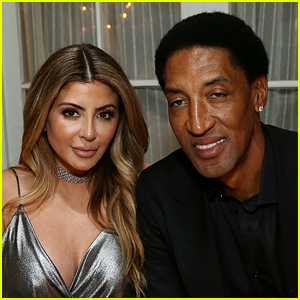 Larsa Pippen is speaking out with a tribute for Antron Pippen, the late son of her ex Scottie.

“Some truths in life are hard to accept,” Larsa wrote in her post. “Your memories will never be forgotten! They will always remain with us forever. You are forever in our hearts, we love u and will miss u always Rip Antron.”

Antron is Scottie‘s son from his first marriage to Karen McCollum. They were married between 1998 and 1990 and shared just the one child.

Scottie and Larsa were married in 1997 and they share four kids together. He filed for divorce in 2016 and she re-filed in 2018, though the status of their case is unknown.