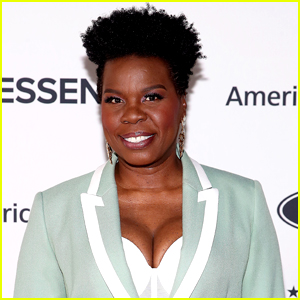 Leslie Jones is in preparation to host the 2021 MTV Movie & TV Awards this weekend.

The 53-year-old actress took some time out during rehearsals and spoke with Variety, where she revealed how she was once a doubter about the COVID-19 vaccine.

Leslie admitted that she was very skeptical of the vaccine when it first came out.

“When it first came out I was like, ‘I’m not taking that sh**,’” she says. “They’re just going to come up with a potion and we’re supposed to take that sh**?…I was like, ‘I’m going to wait until the last batch and then maybe somebody could talk me into it.’”

Leslie then talked to her aunt’s friend, who is a biologist working in COVID research, about the vaccine.

“She was like, ‘This is very serious. Please get vaccinated,’” she recalled. Then, the MTV Movie & TV Awards came calling and it was now a requirement for her to host.

“I was like, ‘I gotta be sage so let me just go bite the bullet,” Leslie shared.

Leslie also spoke about what viewers can expect to see on stage at the show this weekend, and it doesn’t involve any pandemic jokes.

“I hope we make it a party,” she says. “I just want to bring joy to people. Everybody is going to be hearing about me and about me dating. I’m just trying to have joy. I just want everybody to laugh their ass off.’”

Tune into the show on Sunday, May 16 at 9pm ET/PT on MTV, and check out the full list of nominations here!