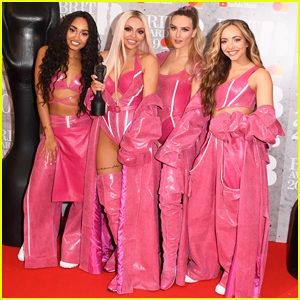 A new Little Mix era is upon us!

The track – co-written by Jade, Perrie and Leigh-Anne with Kamille, Frank Nobel and Linus Nordstrom – “is an anthem about getting over a relationship, featuring an indelible melody and swirling 80′s synths, all wrapped up in another of the band’s trademark stunning vocal performances,” said the press release.

This year, Little Mix are also set to launch a brand new TV series for BBC One, Little Mix The Search. The series, made by ModestTV, will see the band creating bands and becoming mentors to a new wave of talent.

Check out a teaser of “Break Up Song” below, and pre-save the song HERE!