Malin Akerman & Husband Jack Donnelly Are Making Yet Another Movie Together! 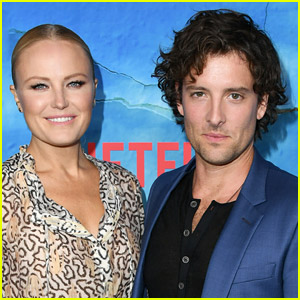 Malin Akerman and Jack Donnelly will be working together again!

The married couple has been together since early 2017 and they just booked their third movie since they fell in love.

Malin and Jack previously starred in the comedy Friendsgiving, which is streaming on Netflix, and they’ll next be seen in the vampire movie Slayers.

Now, the two actors are teaming up for the upcoming romantic comedy A Week in Paradise, which starts shooting this week in the Caribbean.

Deadline reports that the movie “tells the tale of Maggie (Akerman), a film star whose world collapses when her film director husband (Donnelly) is outed by the paparazzi when it’s discovered his new leading lady is pregnant with his baby. Seeking solace and healing Maggie escapes to her ex-pat cousin’s (Connie Nielsen) beautiful hotel in Nevis. After a week in paradise she discovers herself and meets a new love interest (Philip Winchester). Then the outside world comes crashing back in.”

Find out the rule Malin has about watching her own movies.