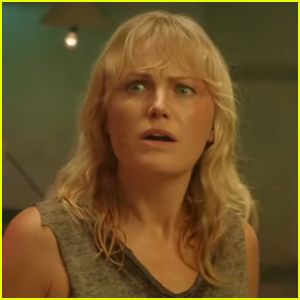 Malin Akerman is packing a punch in her new movie Chick Fight!

The 42-year-old actress is getting into the boxing ring in the new comedy she stars in alongside Bella Thorne and Alec Baldwin.

PHOTOS: Check out the latest pics of Malin Akerman

Here’s the synopsis: When Anna Wyncomb (Akerman) is introduced to an underground, all-female fight club in order to turn the mess of her life around, she discovers she is much more personally connected to the history of the club than she could ever imagine.

Chick Fight will be released in theaters, digitally, and On-Demand on November 13th – watch the trailer!