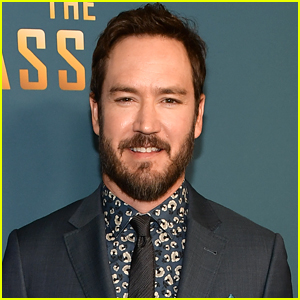 Mark-Paul Gosselaar is getting candid about what he thinks about his own kids going into show business after growing up a child star himself.

In a new sneak peek of Soleil Moon Frye‘s documentary, Kid 90, the former Saved By The Bell heartthrob talked with the Punky Brewster star about the realities of child stardom in the 90s.

“The rejection that you deal with as a kid, I thought it was pretty blunt growing up, like, the reasons for why you didn’t get [the role]. They’re like, ‘Eh, they just didn’t like your look.’ ‘Oh, okay. Yeah, I’ll go process that,’” he shared.

Mark-Paul also recalled one pivotal moment from when he walked on the stage of the comedy.

“The director was saying, ‘The minute you walk through these double doors leading onto the stage, you’re no longer a child anymore, you’re an adult. You have to act like an adult,’” he remembers, adding that “we all know what that meant, is like, this is an adult business.”

He said that was one of the reasons he doesn’t want his own children in the business.

“That’s one of the reasons I don’t want my children in it is because I don’t feel it’s a place for children,” he said.

Mark-Paul and his wife, Catriona McGinn, have two children together, Dekker, 7 and Lachlyn, 4. He’s also dad to Michael, 17, and Ava, 14, from his first marriage to Lisa Ann Russell.