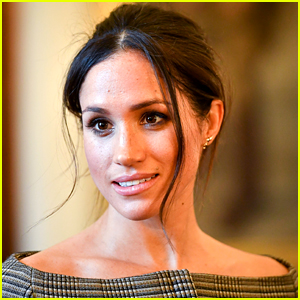 New stories about Meghan Markle‘s training to become part of the royal family are coming to light and this one is pretty crazy.

A new book called Finding Freedom is all about Meghan and her husband Prince Harry‘s relationship, leading up to their exit from the royal family.

Omid Scobie and Carolyn Durand, the authors of the book, claim that Meghan was put through a fake kidnapping scenario as part of a personal protection course.

“Meghan took part in a staged kidnapping, where she was bundled up in a car by a ‘terrorist,’ taken to a different location, and then ‘saved’ by officers firing fake guns (the kind used in Hollywood films) for realism,” they wrote in the book, according to Cosmopolitan UK.

“During the mock kidnapping, Meghan was taught to develop a relationship with the enemy. She was also instructed on how to drive a car while in pursuit,” they added.

It is believed that Kate Middleton went through a similar course, but not until after she married Prince William.

A new report about Meghan and Harry‘s financial status was just unveiled.