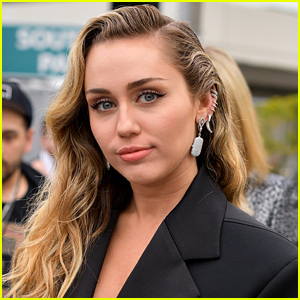 Miley Cyrus is in agreement with a lot of her fans, and frustrated with her label right now.

It turns out that physical copies of her newest album, Plastic Hearts, won’t be in stock at stores will not be in stock until December, which in turn, affects her first-week sales.

Miley stood behind her fans and their frustrations, and took to Instagram to show support.

“My fans are everything to me & to know y’all are disappointed when going out to stores/calling/checking stock to be let down I am equally/if not more frustrated,” she wrote before sharing a lot of screengrabs of fans’ disappointments.

Miley continued that when she was “choosing 11/27 THE SUGGESTED DATE for album release my team and I were never told major retailers don’t stock physical albums on Black Friday and won’t get copies of PH until a few weeks after release. The packaging of the record is intimate, honest, and a visual reflection of the sound of my new record that I am so proud of. It was created BY ME personally at home making art FOR YOU. I want it in your hands!”

While she didn’t put blame on her label, she does consider it “a waste of time & energy.”

“This album was a labor of love and nothing can sabotage my admiration for the record my collaborators & I have created,” Miley added.

You can listen to Plastic Hearts on JustJared.com here…, and it includes a collab with Dua Lipa.